The man, who day after day, took pictures of shadows

A while ago that still feels recent, I learned to walk with a cat. We followed many paths, like methodologies, which often offered long waits for things that would not appear.

Alongside, my eyes began looking for birds, an occupation that came naturally. Colour, form, movement, and specific qualities of relations proposed comparisons to be translated through depictions in books.

Familiar with looking for details in contrast to positions of movement, my eyes became disciplined on stillness.

Having trained them to see birds, my eyes turned curious for cats. And so, walking with one cat lead to a lot of walking looking for cats. Previously there appeared not to be many cats and now, many many cats. 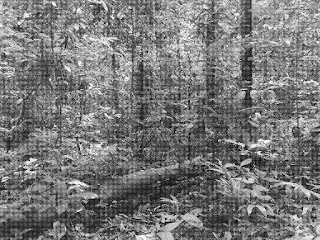 Along with a cat (Ocelot) I had the wonderful experience of sharing space with a sloth, harpy eagle, and countless other living organisms during my residency. It was an experience that has taken a significant amount of time to process and was immensely generative in affecting my practice and offering points of departure that I am still exploring. One of the most beneficial aspects was the prolonged period of reflection and contemplation that was offered. It is rare to be offered such an open-ended opportunity in addition to support for a sustained engagement. At first overwhelmed by the heat, humidity, extreme diversity and density of the ecosystem I became able to sink into the uniqueness of a space and time of the remote amazon rainforest. The adaptation that assisted me the most was a developing of slowness – or slowing down, in which to be as present (and reflective) as possible. Experiences with cats, birds, and the complexity of that ecosystem have lead to the development of works exhibited over the last few years in numerous institutions within Canada, and a forthcoming publication with Blank Cheque Press (late 2018-early 2019).  Further research influenced by this residency is being conducted on the subject of the sloth and slowness in relation to contemporary art theory and a concept of anxiety as question without answer.

Further information on projects and work influenced by this residency can be found at www.colinminer.com 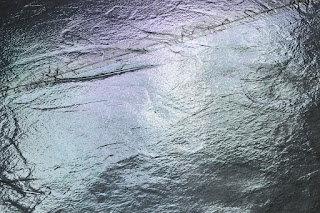 I would like to offer my sincere appreciation for all the support I received leading up to, during, and following my residency with Trelex in the Peruvian Amazon. There were so many wonderful experiences and challenges that have affected both how I experience and understand the world in which I reside. That is a remarkable thing to be offered at any stage in life and would not be possible without the generosity of the people, place, and all the amazing inhabitants (lanes, insects and animals) of the Tambopata region. 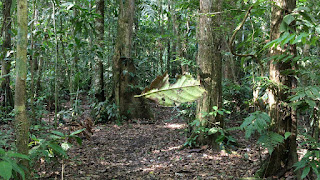